Based on the Tesla Model S, this shooting brake was created by Niels van Roij Design. Our car design studio developed many options for the conversion, focusing on premium design.

A unique green metallic with a twist of gold

To give the car an even more bold stance also from a front view, Niels van Roij Design added a chrome trim that runs from the A-pillars all the way along the roofline and around the panoramic roof. Finally, the team developed a unique colour, based on the wishes of the patron. The green metallic with a twist of gold gives the Model SB an elegant yet striking appearance.

A video on the Tesla based Shooting Brake conversion press presentation. 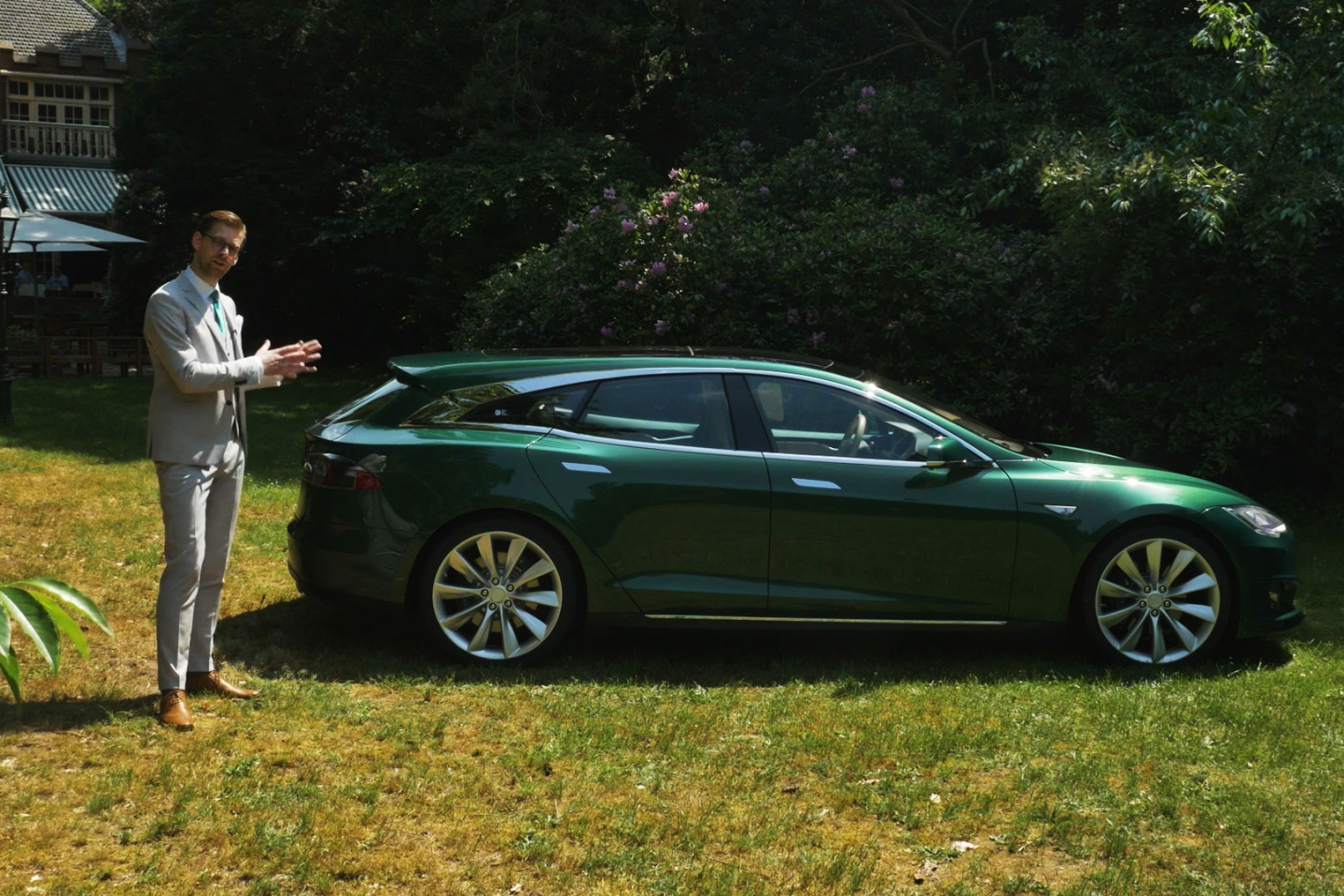 Based on the Tesla Model S, this shooting brake was commissioned by Dutch collectioneur Floris de Raadt, who is an avid fan of shooting brakes and has owned several one-of-a-kind shooting brakes. Mr. de Raadt is also an early adopter of full electric driving since 2008. Niels van Roij Design was responsible for the Shooting Brake design. The project was supported by Dutch premium tyre manufacturer Vredestein.

Mr. de Raadt explains: “The idea was to translate my Tesla Model S into a dynamic and sporty yet elegant Shooting Brake, rather than creating a car with maximum luggage space. Niels van Roij Design developed several options for the conversion, focusing on premium design combined with limited conversion costs: thus making coach building available for a larger group of connoisseurs. Our favourite was the option called ‘Bold Chrome’, featuring remarkable high gloss chrome window trims emphasizing the bold dynamic lines of the car. The result is truly stunning!”

A unique green metallic with a twist of gold

Craftsmen translated the Niels van Roij Design sketches into the actual car, leaving the full core structure of the car as well as the crumple zones intact. The coachbuilder also a developed a completely new tailgate, featuring a rear spoiler with hidden rear window wiper and brake light. To give the car an even more bold stance also from a front view, Niels van Roij Design added a chrome trim that runs from the A-pillars all the way along the roofline and around the panoramic roof. Finally, the team developed a unique colour, based on De Raadt’s wishes. The green metallic with a twist of gold gives the Model SB an elegant yet striking appearance.

Right after the reveal, the owner has made a tour through various countries in Europe, showing the car to prospects and media outlets. It had its public premiere at the International Concours d’Élégance Paleis Het Loo, held from 29 June to 1 July 2018 in Apeldoorn, The Netherlands.

The Remetzcar Model SB, as shot by Mayster. 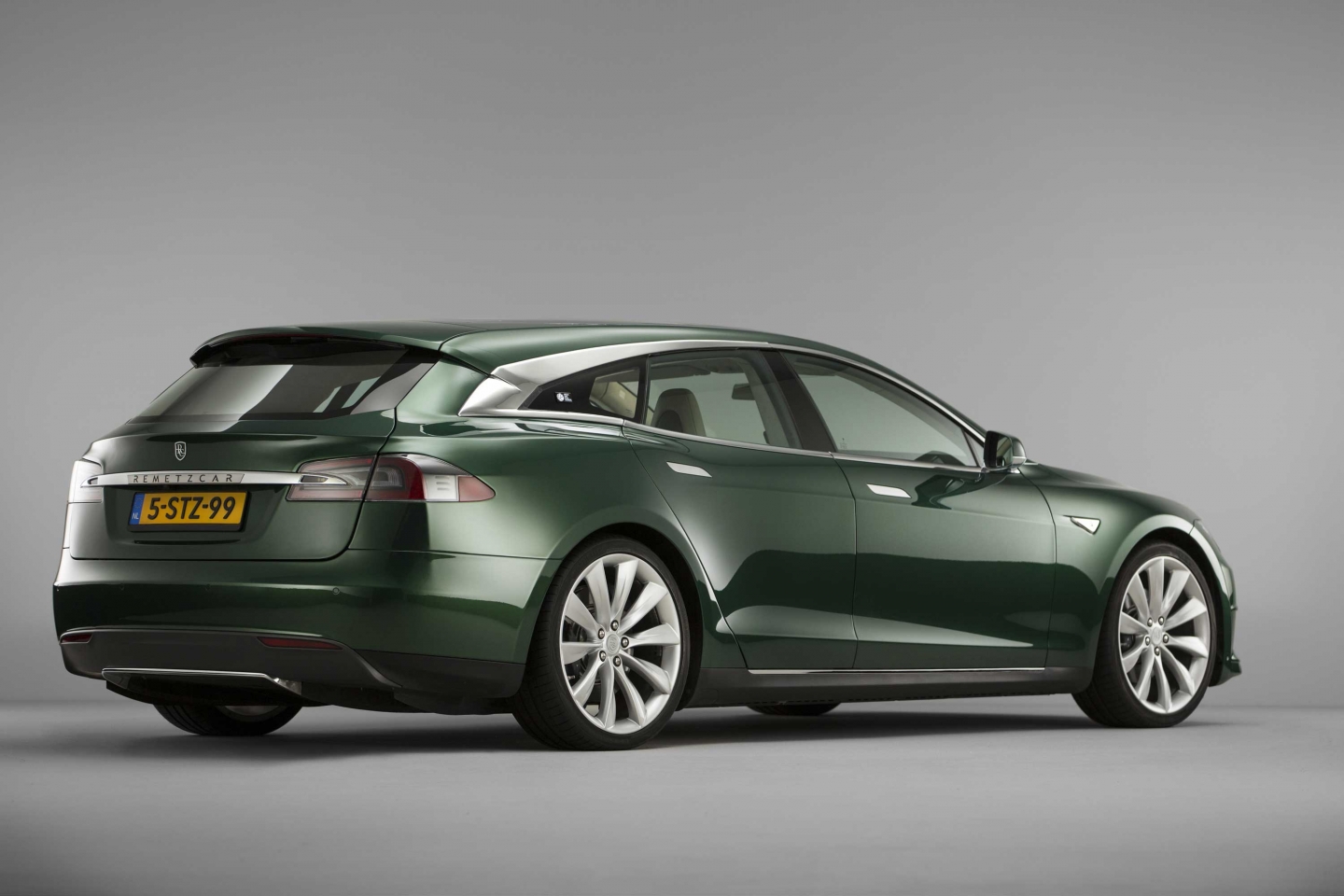 “Design is the most important reason for purchase globally – regardless of the purchase price, gender or age of the buyer”, Van Roij says. “So, we’ve invested a lot of time in the design process of our Shooting Brake. We started with writing the design strategy, after which the design research was initiated, then sketching began. The aesthetics of this conversion have been developed thoroughly by producing 3 design propositions, within which 16 different design themes were generated. Our research focused on benchmarking high end performance estate cars, one-off vehicles and market trends.”

“Based on this extensive design research, we developed the brand DNA for the Shooting Brake. The conversion merges seamlessly with the Tesla base vehicle, whilst clearly communicating though form, design language and materials that this is a tailor-made Shooting Brake.” According to Van Roij, the essential elements of the theme that was chosen are its dynamic, bold profile with continuously flowing lines. “And of course we added a completely new sculpted rear-end, keeping the shoulders of the car alive, thus ensuring a bold stance.”

The Niels van Roij Design team are especially proud of the maximum amount of character they have been able to add to the car, applying pronounced new graphics on the vehicle. By means of sight lines, each graphic is interconnected whilst kick-ups in the glass areas increase the feeling of solidity. The confident chrome strip surrounding the side windows gives the car an expressive Shooting Brake design. The dynamic chrome profile adds visual length and reduces the extra optical mass a station car brings, with its extended roof line. The result of these solutions is a conversion that is very sculptural. “A unique expression only possible to achieve by coachbuilding”, according to Van Roij. 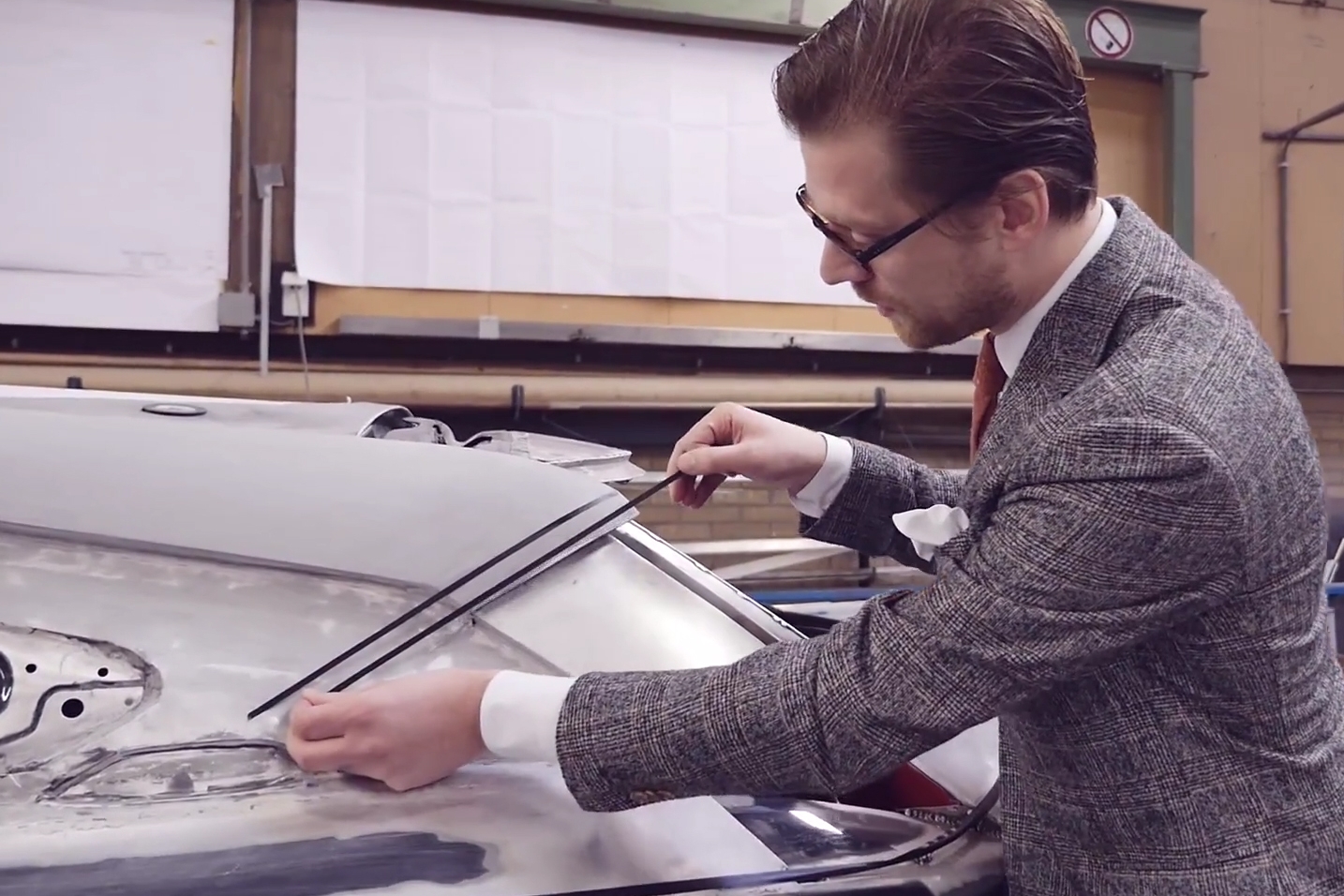 The design methodology we applied whilst working on the coachbuilt Tesla Model S Shooting Brake conversion.

A short video on coach-building and the design work for the Tesla Model S Shooting Brake conversion, shot at the coachbuilder. 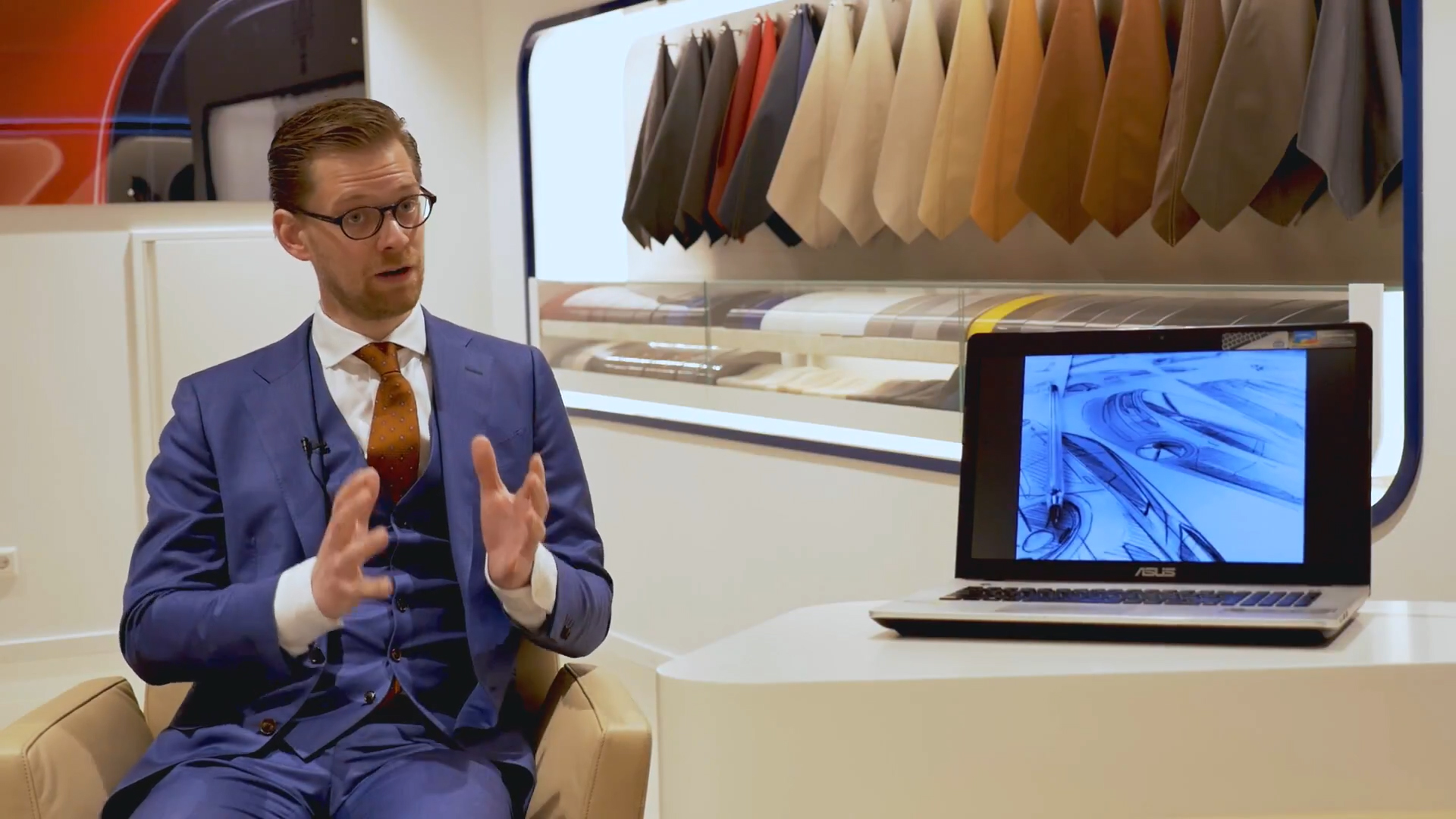 This is a unique website which will require a more modern browser to work!